Every dream comes
with a price tag.

“Gets right to the heart of real life” — Theater Dogs

Join four busboys at an uptown NYC restaurant as they learn the hard way how to deal with extreme pay cuts that jeopardize their plans, their dignity and their camaraderie.

The severity of the minimum wage crisis and rights for undocumented restaurant workers lie at the forefront of the Bay Area Premiere of Elizabeth Irwin's My Mañana Comes at Marin Theatre Company. As a 2013-14 Playwrights Realm Writing Fellow, Ms. Irwin debuted Mañana Off-Broadway last September at the Peter Jay Sharp Theater. Though Mañana is no fairy tale, it offers a fresh take on a story about four busboys' pursuit of the “American Dream” and a sociopolitical commentary on the solidarity of the working class.

LENGTH OF SHOW – One hour and thirty-five minutes, no intermission 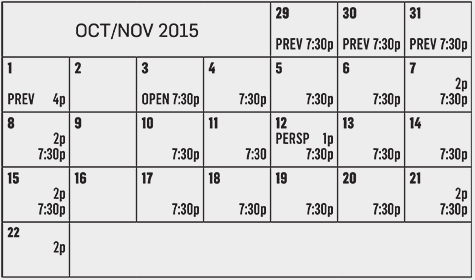 Open Captioning for deaf and hard of hearing patrons November 12 at 1:00pm, supported by a generous grant from the Theatre Development Fund. Read more about open captioning here.