An explosive world premiere by a 2017 PEN Award winner, Thomas and Sally gets up close and personal with founding father Thomas Jefferson and Sally Hemings, the enslaved woman who mothered six of his children. Playwright Thomas Bradshaw takes us behind the scenes of American history with the Hemings-Jeffersons and the rock stars of the Revolution: Ben Franklin, John & Abigail Adams & the Marquis de Lafayette.

Mr. Bradshaw’s writing has been influenced by the research of many historical experts on the Jefferson and Hemings families, but the world of this play is completely his own:

"Thomas and Sally is a work of historical fiction. You may recognize many of the names in this play, but others are pure invention. History is highly malleable and subject to interpretation. This is my attempt to explore the essence of these characters and the world they lived in. This is a play, and I am playing with history. I hope you enjoy."

Thomas Bradshaw's plays have been produced at regional theaters in NYC as well as in Europe. He is currently working on commissions from the Goodman Theatre, Manhattan Theatre Club, and the Foundry Theatre, as well as developing a TV series for HARPO and HBO. He is the recipient of a 2009 Guggenheim Fellowship, the 2010 Prince Charitable Trust Prize, the 2012 Award from the Foundation for Contemporary Arts, and this year’s PEN award for an Emerging American playwright.

Press mentions:
REVIEW: by Lily Janiak for the San Francisco Chronicle
REVIEW: by Sam Hurwitt for the Marin Independent Journal 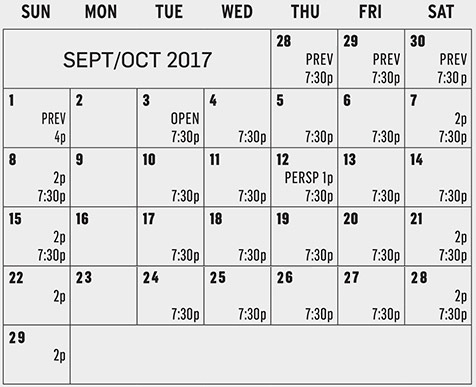 Groups – Bring eight or more people to receive a $7 discount off each ticket for the first seven tickets—and get your eighth ticket free!
Military – $6 off all performances. Learn more
Educator – $12, all performances (limit 2). Must teach at a Bay Area institution. Contact the Education Dept. to request.

*The above discounts and special rates are available for each production when selecting seats online—no promo code needed!
They can also be redeemed in-person or over the phone when mentioned to the Box Office associate assisting you.

Production-specific promo codes distributed for online redemption subject to availability.  Only ONE (1) Promo Code will be valid per order.  Promo Codes do not apply to Best Deal ($25) tickets.