“An absolute joy
from beginning to end!”

4 STARS! "The whole play is a love letter to theater" —Marin IJ

"It makes you feel grateful to be alive." —The Independent

5 STARS! "Funny, often genuinley moving, and generates a glow you could warm your hands by." —Daily Telegraph

"Marvelously fluid, riotously funny, and often intensely, even startlingly poignant ... it could just make you fall, all over again, in love with Shakespeare." —Chicago Tribune

Young Will Shakespeare has writer's block. That is, until he finds his muse – Viola. This beautiful young woman is Will’s greatest admirer and will stop at nothing to appear in his next play. In a classic case of mistaken identity and backstage theatrics, Will’s love for Viola quickly blossoms, inspiring him to write his first masterpiece. This charming adaptation of the Academy Award-winning screenplay features live musicians and 13 of the Bay Area’s favorite actors!

Lee Hall wrote the screenplay to the film Billy Elliot (1999), directed by Stephen Daldry for Tiger/BBC Films/WT2, and received an Oscar nomination for Best Original Screenplay. He also co-wrote the screenplay for the film, Pride and Prejudice, in 2005, and adapted The Wind in the Willows for television in 2006.

With Sir Tom Stoppard, Marc Norman won the Oscar for Best Original Screenplay in the 1998 Academy Awards for the script of Shakespeare in Love; he also shared in the Best Picture Oscar for the film as co-producer. 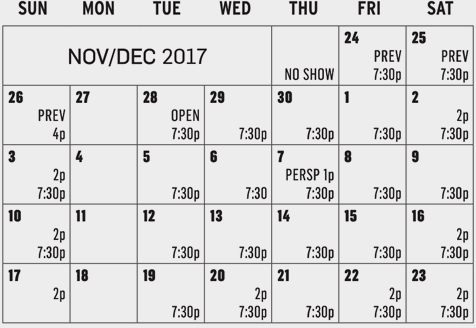 Discounts and special rates available only by calling or visiting the Box Office in person: (415) 388-5208