August Wilson’s Gem of the Ocean

“August Wilson at the top of his form
– a touchstone for everything
else he has written.”

Set in 1904 Pittsburgh, Gem of the Ocean begins August Wilson’s ten-play century cycle dramatizing the African American experience during the 20th century - an unprecedented series that includes the Pulitzer Prize winning Fences and The Piano Lesson.

Aunt Esther, a fiery 285-year-old matriarch, welcomes into her Hill District home Solly Two Kings, who was born into slavery and scouted for the Union Army, and Citizen Barlow, a young man from Alabama searching for a new life.

Go to the beginning of August Wilson's epic Century Cycle: when slavery was still a recent memory and the notion of freedom precarious. Gem follows MTC's award-winning productions of Wilson's Fences (1950s) and Seven Guitars (1940s).

CONTENT ADVISORY: This production contains language and adult content. Please contact our Box Office with any questions you have about the suitability of this show for young audiences.

LENGTH OF SHOW: approximately 2 hours 25 minutes with one 15 minute intermission.

TICKET PRICES: $20 - $47. All prices subject to change without notice.

August Wilson (April 27, 1945 – October 2, 2005) authored Gem of the Ocean, Joe Turner’s Come and Gone, Ma Rainey’s Black Bottom, The Piano Lesson, Seven Guitars, Fences, Two Trains Running, Jitney, King Hedley II, and Radio Golf. These works explore the heritage and experience of African-Americans, decade-by-decade, over the course of the twentieth century. His plays have been produced at regional theaters across the country and all over the world, as well as on Broadway. In 2003, Mr. Wilson made his professional stage debut in his one-man show, How I Learned What I Learned. Mr. Wilson’s works garnered many awards including Pulitzer Prizes for Fences (1987); and for The Piano Lesson (1990); a Tony Award for Fences; Great Britain’s Olivier Award for Jitney; as well as eight New York Drama Critics Circle Awards for Ma Rainey’s Black Bottom, Fences, Joe Turner’s Come and Gone, The Piano Lesson, Two Trains Running, Seven Guitars, Jitney, and Radio Golf. Additionally, the cast recording of Ma Rainey’s Black Bottom received a 1985 Grammy Award, and Mr. Wilson received a 1995 Emmy Award nomination for his screenplay adaptation of The Piano Lesson. Mr. Wilson’s early works included the one-act plays The Janitor, Recycle, The Coldest Day of the Year, Malcolm X, The Homecoming and the musical satire Black Bart and the Sacred Hills. 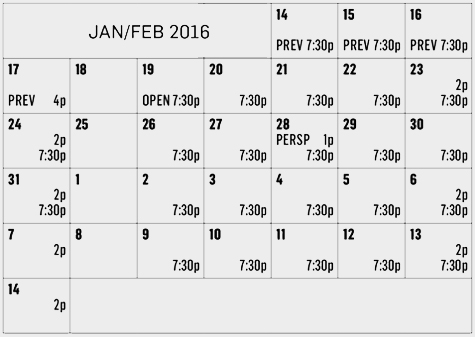