From Wolf Hall to The Tudors, you’ve seen men tell their side of this story. The downfall of King Henry VIII’s ambitious second wife Anne Boleyn. Now it’s her turn.

Henry wants a son, Anne, and a divorce—in that order. Sex and politics rarely mix, or so say Henry’s scheming advisors, Thomas Cromwell and Cardinal Wolsey. Not content to be just another one of Henry’s mistresses, the clever Anne seizes an opportunity for a legitimate marriage—and some sneaky Protestant reformations while she’s at it.

Anne’s alluring religious fervor earns her allies as well as enemies. Between her failed attempts to deliver Henry a male heir and Henry’s newfound affection for one of Anne’s ladies-in-waiting, it isn’t long before she’s got a date on the chopping block in the Tower of London.

This sexy, smart revisionist history examines how a woman with convictions navigates a world of royal ambition, lusty affairs and shifting allegiances. 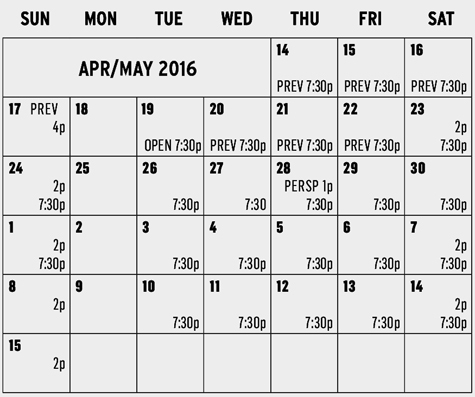 Join a member of our artistic staff (often with one or more members of the cast) for a Q&A discussion after every performance, except on Saturday evenings, and Opening and Closing Nights.

Before our weekday matinee, bring a brown bag lunch and listen to a pre-show talk by our fabulous production dramaturgs, Lydia Garcia & Maddie Gaw!

After the performance join us at the MTC bar for jazz, drink specials, and camaraderie. MTC After Hour features the musical stylings of Full Mood Swing and is a low-key way to mix with fellow audience members, the cast, crew, and whoever else might stop by. A great way to continue the conversation after the curtain goes down!

Don’t miss this one time opportunity to see this captivating new play as MTC brings their production across the bay to the gorgeous Gothic surroundings of Grace Cathedral’s Quire.